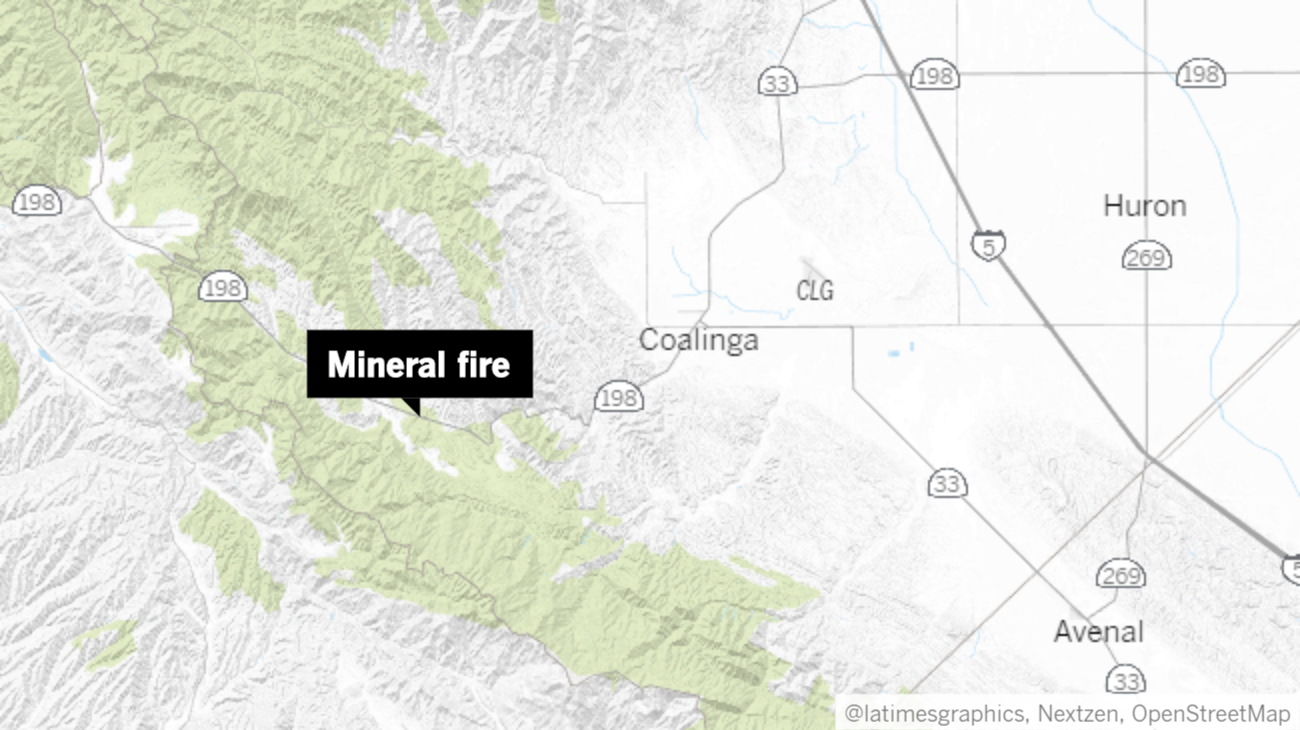 A handful of homes were evacuated west of Coalinga in Fresno County on Monday evening after a fire spread rapidly and threatened structures.

The Mineral fire broke out about 5 p.m. in steep, rocky and inaccessible terrain in the area of South Coalinga Mineral Springs Road and Highway 198. By about 9 p.m., it had grown to 1,000 acres, fueled by nighttime winds and 100-degree weather, said Dustin Hail, California Department of Forestry and Fire Protection assistant chief.

Hail said there’s high potential for the fire to explode in acreage given the windy conditions. He estimated it could take a week to contain.

“We’re doing significant structure protection,” he said. There are “dozer lines around the homes and engines at the houses doing structure defense. That is one of our priorities.”

Crews will work through the night and additional resources have been requested for Tuesday.