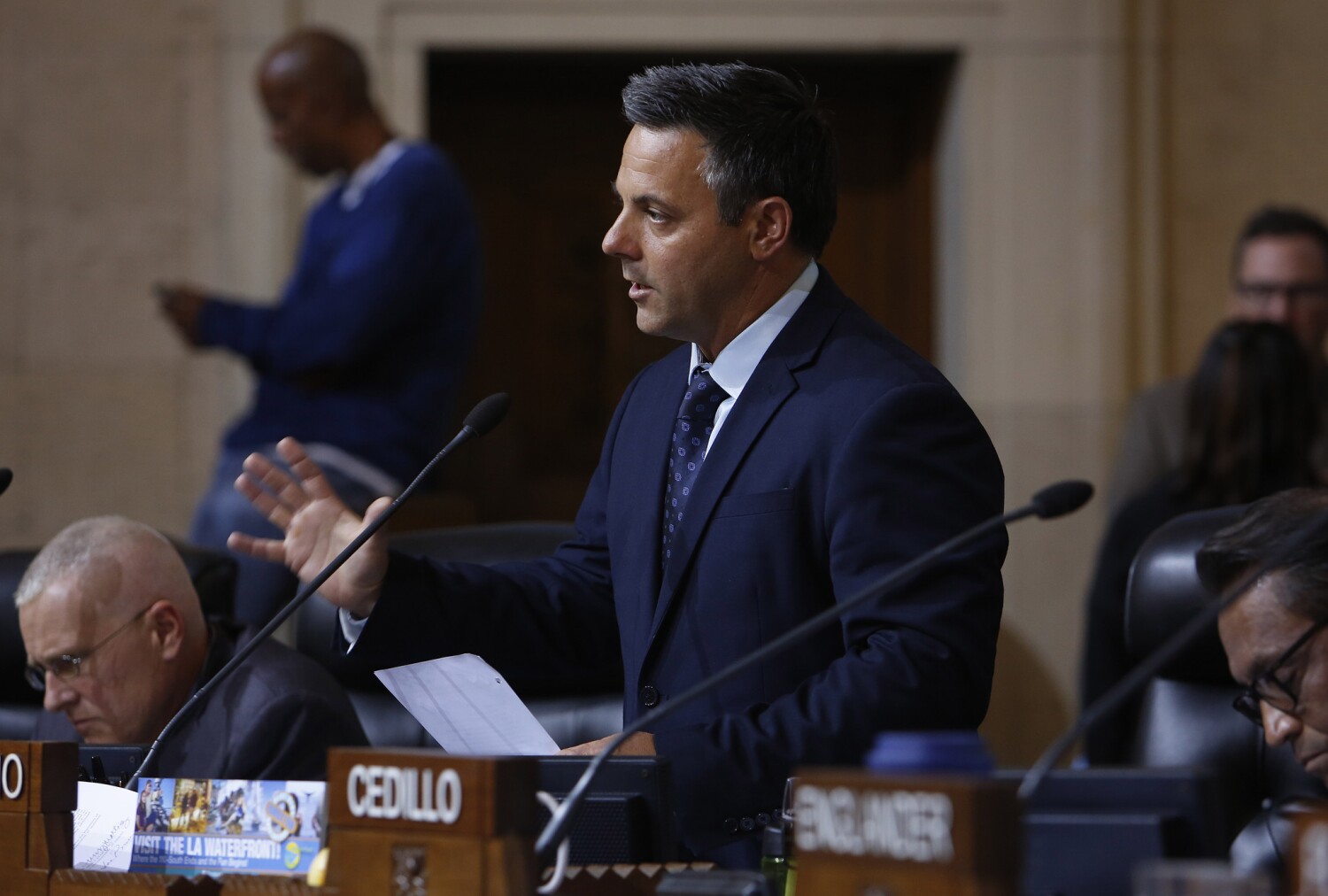 Two members of the Los Angeles City Council are calling for finding savings from the police budget — and plugging that money back into expanding a community policing program across the city.

Los Angeles City Councilmen Joe Buscaino and Marqueece Harris-Dawson declared in their proposal that “it is time to expand the Community Safety Partnership program within LAPD and begin to transform the department into one based upon community policing,” citing a recent study that found that residents in the targeted areas felt safer.

But the move was met with disdain by Black Lives Matter-Los Angeles and other activist groups that have called to dramatically defund the Police Department and reinvest the money in other services to address community needs.

“It’s a ruse,” said Black Lives Matter-Los Angeles organizer Paula Minor, complaining that the move would simply put money back into the Police Department, instead of funding programs better suited to help the community. “This is another example of our society giving everything to the police — and the police cannot handle all social problems.”

The new proposal from Buscaino and Harris-Dawson comes as Mayor Eric Garcetti and other city officials, including Council President Nury Martinez, have called for reinvesting up to $150 million pulled from the LAPD budget into programs serving communities of color — a much smaller shift than protesters and activists have called for.

Buscaino and Harris-Dawson did not specify how much money they were seeking to redirect to the program, but Buscaino said their motion was “not inconsistent” with Martinez’ proposal.

The push to overhaul policing has gained new momentum amid ongoing protests in L.A. and nationwide over police brutality. But many L.A. politicians and activists differ sharply over what kind of change is needed.

The Community Safety Partnership, which was launched nearly a decade ago in Jordan Downs and other L.A. housing developments and expanded over time, has been promoted as a more holistic approach to public safety.

Police officers apply for the program and commit to stay in the same areas for several years, working with residents on youth programs, job training and other initiatives.

In a recent op-ed for The Times, civil rights attorney and CSP program co-founder Connie Rice described it as a “guardian-style approach that rewards problem-solving engagement between officers and the communities they protect,” needed to replace a “warrior enforcement culture.”

A UCLA study released in March, whose funders included the Ballmer Group and the Caruso real estate company, found that the CSP had prevented crime and made residents feel safer.

The councilmen are not the only people advocating to expand the program: Garcetti called it “highly successful” last week and expressed hope that the state and federal government would help fund its expansion. At a press conference following protests, Police Commission President Eileen Decker said the city was committed to adding more CSP sites.

Buscaino, an LAPD reserve officer who sat on a UCLA research and evaluation advisory committee for the CSP program, said the city has “quantifiable proof” that the program works. He credited CSP with reducing homicides and assaults, saying that “homicide numbers don’t lie,” and praised the model for instilling trust between police and the community.

“I don’t believe defunding is the right answer,” Buscaino said, when asked about the criticism from activists. “Reform and reorganization is the way to move forward.”

Local activists pushing to defund the police department excoriated the idea. Hamid Khan, coordinator of the Stop LAPD Spying Coalition, complained that “the underlying message remains that they continue to police their way out of the problem,” arguing that money should instead go to youth development or other programs to address community needs.

Khan also pointed to a different study, undertaken by the nonprofit Urban Institute and funded by the Housing Authority of the City of Los Angeles, which found that residents didn’t necessarily attribute the decreased crime in their areas to the CSP program and “generally do not trust the police and expressed concerns about mistreatment.”

Harris-Dawson was not available Wednesday for an interview, according to his spokesman. The proposal to expand the CSP was seconded by Councilman John Lee.