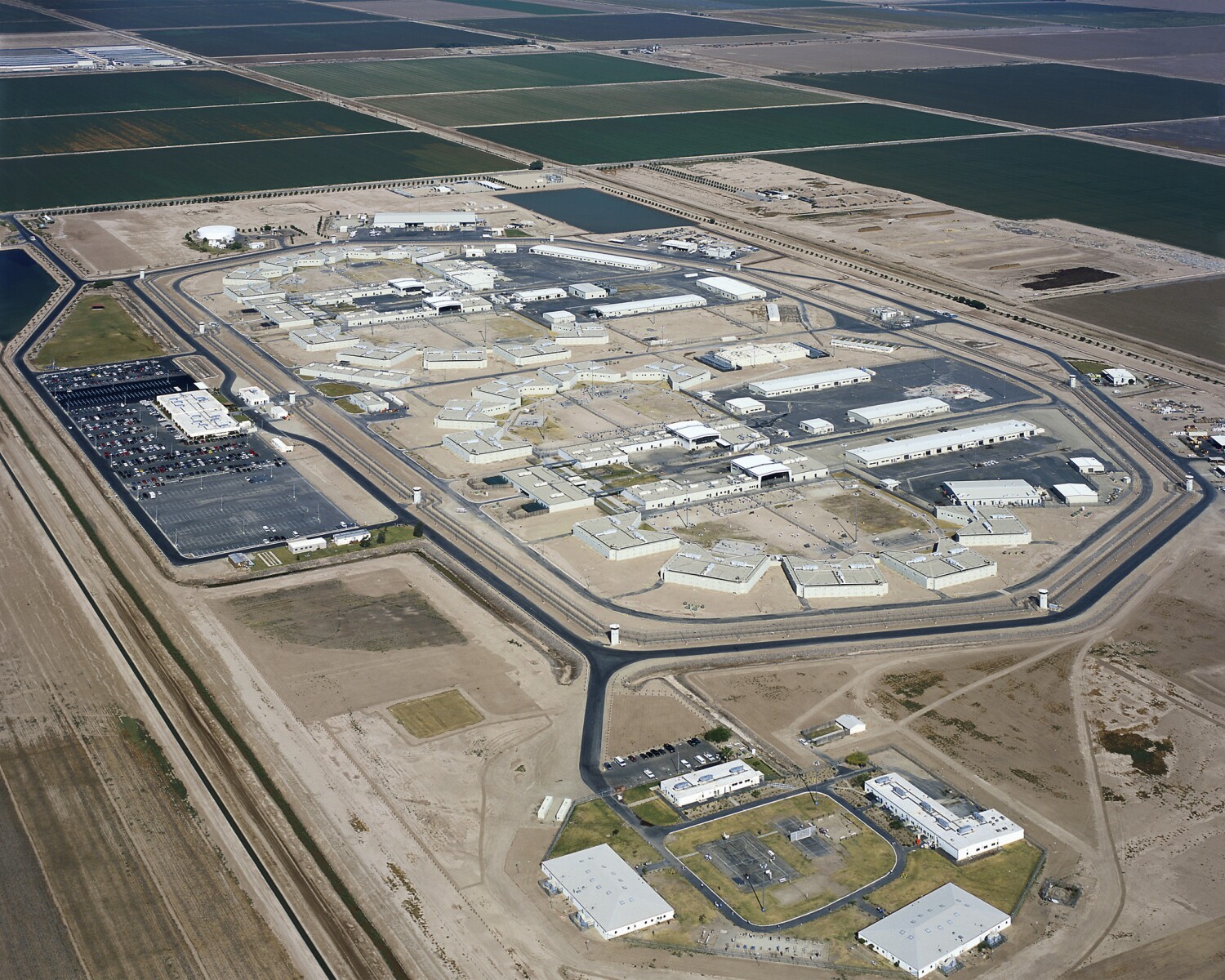 In Imperial County, California’s hardest hit by the coronavirus, a new hot spot is emerging behind bars.

Over the weekend, 18 inmates tested positive for COVID-19 at Calipatria State Prison, officials said. The sudden spike has created a new battleground in the county’s pandemic fight: California Department of Corrections and Rehabilitation said no positive coronavirus cases had appeared in the prison’s general population before Thursday.

Previously, one Calipatria inmate had tested positive, but Department of Corrections officials said the man’s condition was identified upon his arrival at the prison and he was isolated from the prison population before entering the facility.

The barrage of positive tests began Friday, when a pre-parole inmate tested positive after a customary test ahead of release. Prison officials then reached out to the Imperial County Public Health Department for help testing all inmates who had potentially been exposed. According to Paula Kriner, the department’s epidemiologist, samples from 108 inmates were collected. The following day, 17 of those tests came back positive.

Officials said the pre-parole inmate who first tested positive has since been released. Prison staff immediately isolated all other inmates who had tested positive, Department of Corrections spokeswoman Dana Simas said.

“The designated isolation unit has access to its own medical clinic and recreation yard,” Simas said. “No other incarcerated people come into contact with those in this designated unit.”

Authorities also quarantined those known to have been in contact with those who tested positive. Inmates in quarantine will be retested after 14 days, with their programs and movements restricted for the duration, prison officials said.

Calipatria’s incarcerated population is younger and the COVID-positive individuals were largely asymptomatic, prison officials said, noting they would be monitored by health workers for new symptoms.

With 3,116 inmates, Calipatria State Prison is at 135% occupancy, according to jail records.

More than 6,500 California prisoners — of a population hovering near 113,000 — have tested positive for COVID-19. The massive spread is believed to be linked to inmate transfers and has led to the removal of the state corrections system’s top medical officer. At least 37 inmates have died because of COVID-related illnesses, and Department of Corrections data show nearly half of the cases are at San Quentin State Prison.

The state’s prison population has been reduced by thousands since Gov. Gavin Newsom first declared a statewide emergency in response to the coronavirus. On July 10, advisors to Newsom announced plans to release 8,000 California prisoners ahead of schedule, with most releases coming by the end of July.

Prisons are a prime example of the type of “congregate” environments where COVID-19 can spread rapidly. Social distancing is impossible in small cells with bunkmates, not to mention in shared restrooms, showers and common areas.

Outside of Calipatria State Prison, the pandemic continues to tear through Imperial County, where the rate of COVID-19 spread — 1041.5 cases per 100,000 residents in the last 14 days as of Wednesday — is the highest in the state and almost three times greater than that of Los Angeles County. Imperial County also has the highest mortality rate in the state. Its 26.6 COVID-related deaths per 100,000 residents is nearly four times greater than the second highest death rate, in Marin County.

County public health officials are working with Calipatria’s operators to increase testing and investigate potential exposures among staff and inmates.

“As of July 14, there have been 51 cumulative cases” among Calipatria employees, Simas said, noting that 19 have returned to work. “Beginning July 15 and continuing through the rest of the week, every employee … will be tested.”

CDCR officials did not comment on how the virus may have entered Calipatria, but said that for every positive test among staff and the incarcerated population, the CDCR and California Correctional Health Care Services conduct a contact investigation.